The word “enabling” gets a bad rap. Long associated with a dysfunctional relationship dynamic, the popular meaning for this term is unhealthy behaviour that allows for the continuation of an addiction. Probably the most common use is in alcoholic families, where a spouse “enables” his/her partner to keep drinking by not talking about the drinking problem, encouraging children not to “rock the boat,” and ignoring unacceptable behaviour.

But, if we look to the dictionary, the actual definition of the word “enabler” is this: “A person or thing which enables, especially a person who helps others to achieve their potential or develop skills.” I particularly love the “achieve their potential” part of that definition. And it ties into something I’d like to advocate we do more of for each other and that would help reinvigorate the original meaning of the word.

It involves being a mirror to those we love or those in our circle or tribe. We often see skills, gifts, talents, and qualities in other people that they don’t see in themselves (or perhaps, don’t let themselves focus on). When we notice inner beauty or appreciate what someone is good at—and point it out—this simple act of mirroring can be profoundly impactful and empowering.

In the last couple of months, I’ve witnessed this first hand. I’ve begun meeting with writers, some in a “writing group” setting and others one-one-one, all in a mentoring capacity. Many of these writers have been toiling away in private, not showing their work to anyone. The act of having other people—a mentor or other writers in a group—tell them their work is meaningful and valuable has had the real and tangible effect of bolstering their self-confidence.

My friend Erna Buffie kept a finished novel in her dresser drawer for six years. When she finally dusted it off to attend a writers’ workshop, she received an instant positive response from her mentor, followed by quick acceptance at a publishing house. Her book, Let Us Be True, went on to be shortlisted for the Margaret Laurence Award for Fiction.

It seems to be part of the human condition to be “near-sighted” about ourselves; we are often unable to see our really shiny bits and are oh-so-quick to criticize or minimize ourselves. We are seldom objective about our work or any talent or gift we might possess.

This, of course, extends out to life as well. If you don’t have a supportive partner telling you that you’re a good parent, you might doubt your abilities. If you don’t have a decent boss who praises you from time to time, you are more apt to be critical of your own work.

I’ve written about the inner critic before – how that mean voice in our heads, likely born of well-meaning parents trying to teach us how to be appropriate in society, can also lead to a profound and debilitating sense of shame and can keep us from realizing our true power and potential.

All of this makes me want to take the word “enabling” back from the co-dependent dictionary and have us embrace it in its original positive sense. As much as we humans like to talk about independence, the truth is we are enormously dependent on each other, and for so much. It takes a village to raise more than a child.

For me, it started with my Grade 6 teacher Mrs. Rutter, who encouraged me to enter a writing competition. When I placed, it was my first realization that I possibly had talent. In Grade 13 Creative Writing, Mr. Marchand told me that my poetry was brave and deserved tender attention. And then, in my late twenties, when I joined a writing group, the feedback I received from the other group members was my key to understanding that writing was a huge part of my identity.

Being an enabler doesn’t mean you’re making stuff up, trying to change someone, or convince them of something. When you recognize something truly individual and special about another person, and remark on it, watch how they light up. Being seen has an awakening effect. There is a lovely blush that comes over someone’s face, and a beautiful light that appears in their eyes.

I’ve been spending quite a bit of time lately thinking about how many novels might be growing dust bunnies in dresser drawers. And about how many artists are masquerading as good government employees. And about all the gorgeous music the world might never hear.

I want to remedy that. I know from my own experiences that the moment of recognition—the moment when someone sees a sacred, hidden part of you and recognizes it for the jewel it is—is a deeply meaningful one that can lead to joy and inspiration and growth.

I want to be an enabler in the true sense, helping people reach their potential and become more fully who they really are. I want to witness more and more people lit up by the fires that burn inside. And I want those fires to break down the walls between us and burn, powerfully alive, on the outside.

Will you join me?

Originally published on my blog “This Sweet World” 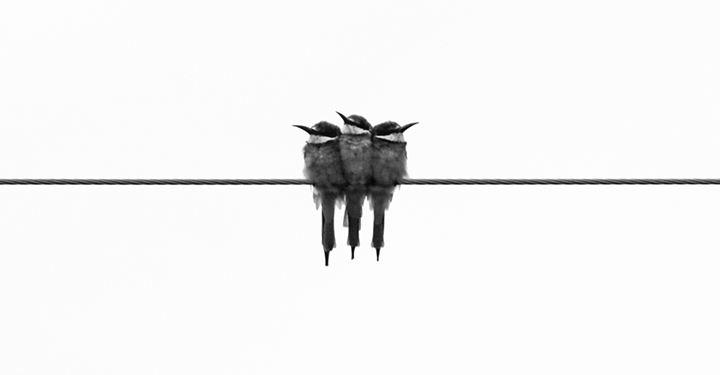